The Kukryniksy is a Russian creative trio of artists, who lived and created during the Soviet time. The name is an abbreviation from the real artists’ surnames: Kuprianov Mihail (1903-1991), Krylov Porfiriy ( 1902-1990) and Sokolov Nikolay (1903-2000). Besides the classical painting, they were famous for their grotesque, burning posters on the topics of internal and foreign policy. With time their works became excellent examples of classical Soviet political caricature.

The voice of nation: the debate of the forum is in full swing.

(on the piece of paper): Ducks rule again… What’s going on???

The Nato network is a pure bondage. You can instantly    become bold in it. 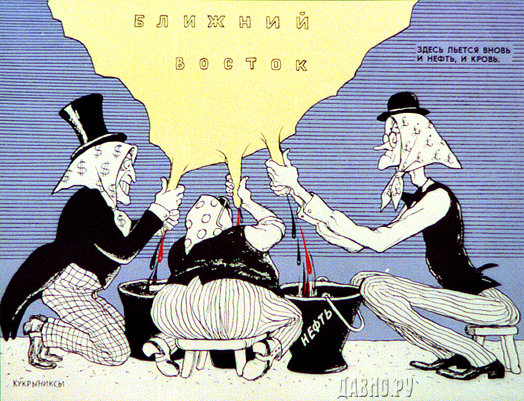 The Middle East: Both oil and blood flow here again and again.

A transatlantice peace-maker: As you see, we support the peace. 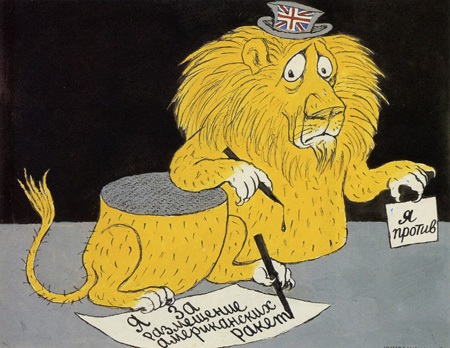 I’m in favour of American missiles placing. I’m against.