Posted on November 8, 2021 by kethuprofumo 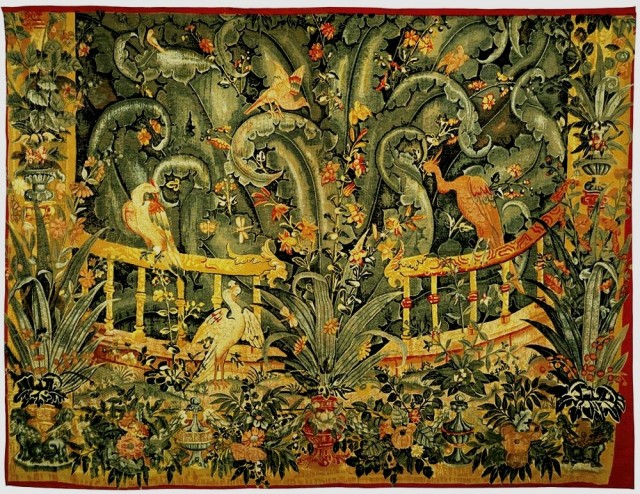 Esteemed Readers, finally the weather is pleasant & we are moving swiftly towards Brazil! Hurrah! The Easter time is coming, so our menu will be richer & full of various delicious meet dishes!🍤🍤🍤

“… Last evening the Maligne (another ship of ours) made a cannon shot to warn us that she has some problems. We bailed up our sails to wait for her & rather soon we noticed her topsail to be dismasting. The sea was not too high but this ship is so fragile that it takes us plenty of time (to service her). Besides, the life is a blend of good & bad. We will sail swifter without her but completely alone & we will leave the others far behind…

“…We have reached the place M. Vachet desired to arrive: the 10th degree of the Southern Latitude. He says that we mustn’t fear calm weather any more as we will have the Southwester until the Tropic of Capricorn & there we will catch the Western winds. We behold no fishes except the flying ones; a few birds come to sleep upon our tops. We name them Foux, Margots & Paillancus. If the weather remains fine we will reach the Cape within a month. What a pleasure it will be to touch the green grass! However it will be necessary to take some winter garments. It will be very cold there & our month of May will be made of ice. The sun will be at the 50th degrees from us…”

“…Father de Fontenei has celebrated the Mass of Passion Friday with a hatband: there is little wonder but a great moral about it. In fact, he is sympathetic: even if after so many years of preaching he would have begun any other occupation, he would have succeeded in it as he always leaves no stone unturned. The altitude is 13 degrees…”