Louis XIV as He is: A Real Friend

Posted on October 9, 2018 by kethuprofumo 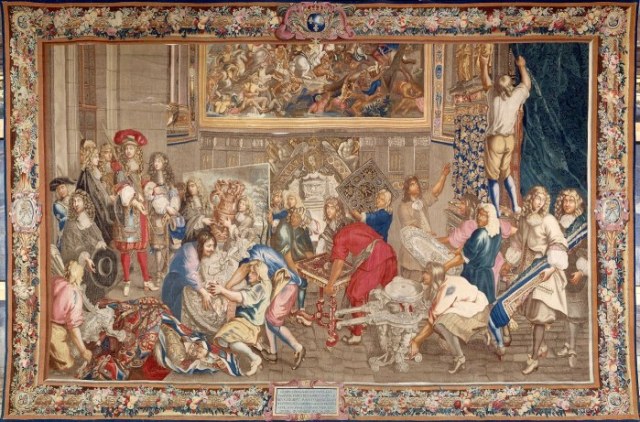 It is great to have real friends. But it’s greater to have a king as a real friend. And it is the greatest thing to have Louis XIV as one. 🙂

Indeed, His Majesty was that sort of friend. I have already mentioned that Louis XIV respected persons, not ranks, so he made friends with his Subjects no matter their estate. It is known that Sieur Bontemps,his Valet de Chambre, and many servants entered this private circle. While for a Nobleman it was rather difficult to become a Royal friend, as high human qualities were demanded.

Louis XIV’s Court, no matter what the post-revolutionists say, was a place where honesty, courage, mercy were highly appreciated and only people of great virtues could be promoted there and had a lasting success. The King was a perfect psychologist and comprehended hidden desires of his own milieu. There were exceptions, though. As a rule representatives of Grand families of France. But Louis used a system of brief exiles for them. So, even they had to develop their best human traits to stay at the King’s side.

At Court they were used two expressions ‘L’homme de la Court’ & ‘L’homme de Court‘. The first one belonged to those who had already proved to be men of dignity and had a stable status there. The second did to the rest.

Louis XIV loved and respected his friends, but he did it in a just way, without exaggeration. At the same time, if somebody betrayed him or behaved in inappropriate way, his punishment might be severe. For example, Charles Perrault, famous with his tales, was a successful diplomat and Louis promoted him rather well. Perrault had a good status, money and even a pension. (Here I should notice that unlike present, Royal pensions were unstable. Only few fortunate & worthy persons got  long-life pensions, as their merits before the Crown were rather high. The rest were awarded with them for some time. And none of the courtiers regarded it as a crime against the human rights, by the way.) So, return back to Sieur Perrault. One day something happened…in fact, a sort of a nasty story and the king canceled all his grants for him. As a result Sieur Parrault died from a long illness in abject poverty . This story teaches us that it is great to have a king as a friend, but you must have at least a Royal heart and a good soul yourself to bear and to appreciate this kind of friendship.

11 Responses to Louis XIV as He is: A Real Friend