Myth IV: Greatest Lover of All The Times 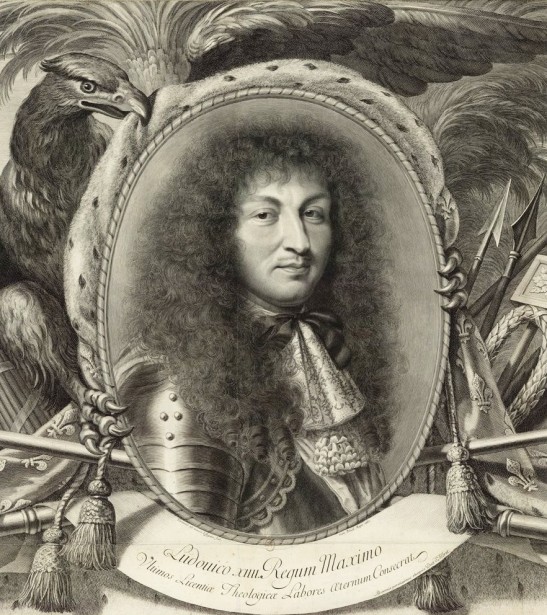 Esteemed Readers, please, don’t take my words wrongly. By no means I wish to show any disrespect towards my King! All I want is to touch this rather curious topic from another point of view. 🙂

So, an ordinary Louis XIV we know from the movies, is a real womanizer and unhealthy sexually addicted person. I’ve watched all the movies about him and there is none where he would simply be represented as an honourable man! Mon Dieu! The modern visual interpretations show him as a true macho who could not control his own passions. Well…let me doubt so much.

Certainly, he was the real man and loved the women and had children from them. Thanks God! However how much real time he, being the Sovereign of France and the King of the great responsibility, was able to spend with them? The Royal schedule is known to us. He worked day and night, had little time for entertainments, (here I wish to pay your dearest attention to the fact that the Court feasts, etc. were a part of the Royal policy, not simple pleasures) and had no idea about such a concept as ‘a private life’.  So…let’s not exaggerate the obvious things. Besides, Louis XIV was a true chevalier, who respected all the women, no matter their Rang. Would he really chase them for ordinary carnal desires? And what about his own Royal honour?

O tempores, o mores! (Oh, times! Oh, morals!) The honour! In our century this concept has become so archaic! It means nothing. It plays no importance in any kind of relationship…When in the 17th century France the honour was the only true gem of any good man.

5 Responses to Myth IV: Greatest Lover of All The Times