The power of Satire

The time shows  that people don’t realize anything from history. This conclusion we can make  the currency old poster on the political satire have. Good examples are the Kukryniksy’s, a famous Russian creative trio of artists, works. They lived and created during both the Second World and the Cold wars, but their posters are very suitable to the modern international situation. Pondering on their humour one may simply be amazed how motionless the epochs are and how little our politicians have realized. 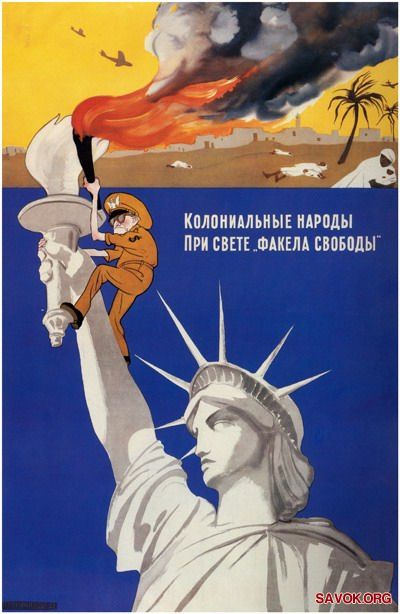 Colonial nations in the light of ‘the torch of Liberty’. 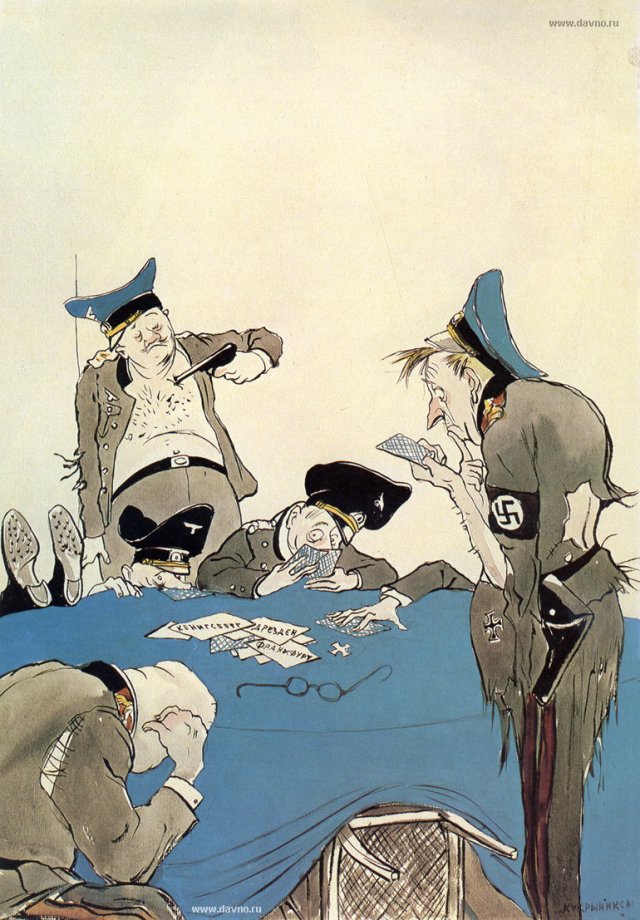 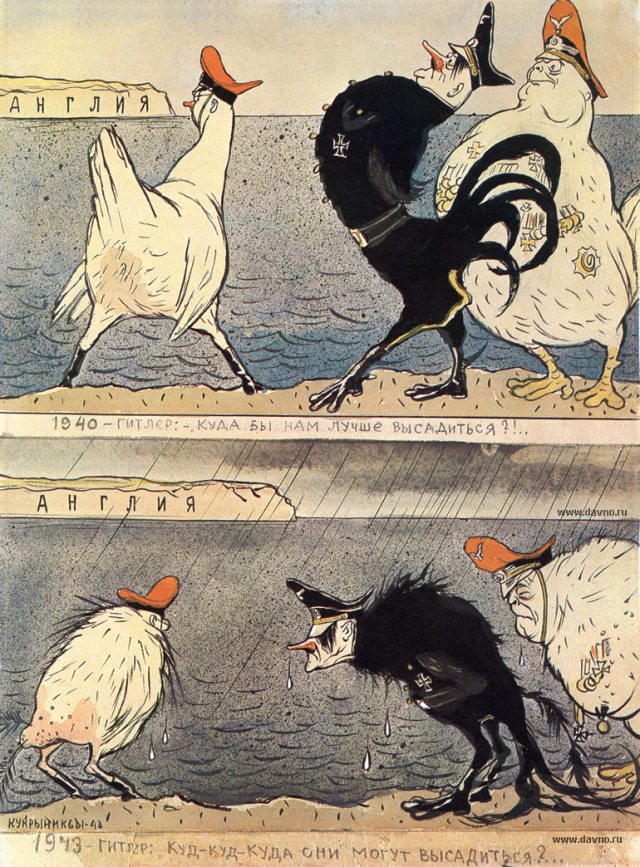 England. 1943- Hitler: Cluck-Cluck where could they disembark?…